In the past ten years, technological advances have profoundly changed our lives. With increasing dependence on technology, these changes have also had a significant impact on Democracy and our lives as citizens. How are democracies being affected by technology? To formulate an answer, we tried to look closer at Democracy. We requested experts, researchers and students to share their own experiences and opinions on changing aspects of Democracy due to digital transformations. In this three-part blog series, let’s look at what we can learn from them and reflect on where they see this change leading us as citizens.

For our first theme, we followed the first mode of Hybridisation in the Hybrid Democracy hexagon, Anarchy- Autocracy Hybridisation, and how digital transformation influences the democratic behaviour of people on this spectrum today and in the future. 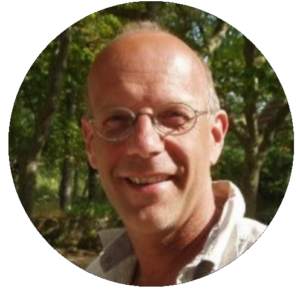 Our first blog on the theme is by Geert Lovink, a media theorist, activist and net critic. He is a researcher at the Faculty of Digital Media and Creative Industries at the Hogeschool van Amsterdam (HvA); he is also the founding director and head of the Institute of Network Cultures. We are honoured to have him contribute his thoughts, ideas and insights to help drive this dialogue forward. In his blog, he sheds light on the current state of Democracy, where we are moving and how creating spaces for free culture and the need to reinvent organisations are crucial to save our hopes for the future.

“I don’t want free speech. I want a web that doesn’t correlate to meatspace and doesn’t turn everything into a popularity contest, narcissism saddled with dopamine addiction. Anonymise it, make our eyeballs and nervous systems sovereign, no more identity economics.” Bogna Kronior

With Western representative democracies in free fall, the techniques to gain political power seem as mysterious as they ever were. All the talk is about crises and catastrophes. Suppose constitutional double binds and atavisms cannot be resolved through a genuine revolution. In that case, an obvious result is a lame form of sovereignty, best characterised by terms like regression, stagnation, boredom and exhaustion. The world needs radical constitutional makeovers, not more ‘participation’. Because revolution (as in revolution of the political) has been placed outside of the collective imaginary, all we’re left with are ‘innovative’ suggestions on the input level. Democracy as such remains a black box, God-given, a timeless construct that cannot be questioned, let alone overthrown. Who wants to be labelled a terrorist, after all?

While ‘planetary computing’ further revolutionises all aspects of life, politics has become an untouchable realm. Internet, AI, cloud computing, and data centers, in short, ‘digitisation’, have safely been kept outside of the political arena, much in the same way as an industry lobby group and think tank does not exist (and can thus safely continue to do their work). Whether we speak about two-party systems, the appointment of members of constitutional courts or the power of the elected president versus the birthrights of the monarch families, all this engages and in the end, disengages us.

If we take the idea of ‘hybrid democracy’ seriously, we cannot stop at the level of a reform aimed at optimising the present misère. The digital is no longer an external factor. We need to get a better understanding of the revolutionary potential of acceleration of events, infrastructures, and the circulation of ideas and memes, but also need to think through a possible renaissance of deliberation as a mixed process of digital mobilisation, debates in real spaces (merged with remote participation) and transparency of power (instead of the current transparency aka surveillance of political actors). 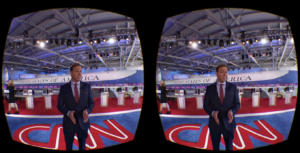 As we’re drifting off in the opposite direction, the question needs to be asked how we can ever kick off such a state, a 21st-century political revolution fully embedded in and fed by cosmotechnics (as Yuk Hui calls it). The direction can be twofold:

The first is a spiritual revolution of body and soul, aimed at a radical detachment of the present to open up possible spaces—free speculative thinking of the dull, restrictive media formats. The Utopia deficit is at an all-time high. Covid confinement culture has only further diminished experiences in psycho-world making. Weirdness and poetry are in short demand. Social visionaries are looked down upon by bureaucrats and woke officials as potentially dangerous, labelled as trolling and cancelled—and at best ignored. What’s needed are techniques of creating invisible underground spaces and free cultures that can reconquer time-space. This is not going to happen inside expensive real-estate-owned metropolitan areas. Neither in the metaverse, for that matter. The danger of commodification through the marketing of revolutionary potentiality is evident yet unresolved. 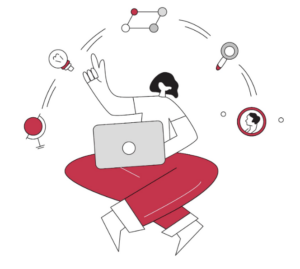 The second direction would be to invent forms of organisation that speak to us, quintessentially 21st century and assist us in effectively addressing the present crisis. An organisation as such cannot overcome the current stagnation in a representative democracy, but it is a vital reassumption to change. Both political parties and trade unions are 19th-century institutions. In my work with Ned Rossiter on ‘organised networks‘, we have addressed the current issues with constructs such as the NGO, the think tank, the social movement, avant-garde group, the collective, the coop and last but not least, the diminishing role of (decentralised) networks in the age of (centralised) platforms.

What can we learn from the past 15 years in which social media were perceived as the only way to contact and keep up to date with others through the corporate cult of ‘sharing’ such as ‘likes’ and ‘retweets’. Instead of the exploitation of ‘weak links’ between a large group of actors that hardly know each other, we have argued for a hybrid online/offline form of the social media that creates ‘strong links’ inside workgroups that aim to get things done, in response to the celebrity model of the influencer. We now know what happens when ‘the social’ get channelled through data extraction filters. In the early days of cyberculture, there were lists, bulletin boards, online communities, chats and forums but these software configurations were ultimately unable to deal with the hypergrowth of the user base, a development that ended in platforms with 1-3 billion users, unable to govern, not even by the tech giants themselves. As we’re unwilling—and unable—to leave, we’re stuck on the platform. Unless we split up the monopolies and dismantle the stack, hyper-democracy will be in a similar monstrous state.

Do you know any other ways we can resolve the problematic relationship between technology, participation and politics?

Find more blogs on changing aspects of Democracy due to digital transformations here.