Power is an essential factor in politics. People generally think that powerful countries are the most successful ones. Or, at least, they think influential political figures are significant. Ancient Greeks believed that power is the ability to control oneself, but we live in a completely different era than theirs.

The advent of information technology and its increasing reach has brought an ocean of possibilities to politics. Empowering citizens with access to institutional functioning, information, and transparency has forcefully changed the grit of politics. So, what will the future of politics look like? What has politics been like in the past? What if everything moved online?Following the Physical-Virtual Spectrum, the third mode of Hybridisation in Hybrid Democracy Hexagon, our author took a unique approach by looking at the past and present political scenarios to address concerns, learn  and speculate about the future with technology.

This blog’s author is Oğulcan Temiz, who comes from Turkey and studied Mechanical engineering before moving to Communication and Media Practice. He is a sci-fi lover interested in historical political dynamics and future studies around emerging technology.

Will Power stay in the hands of citizens in future Democracy or not?

Due to users’ big footprints on the internet, big tech companies currently know what users did, where they went, what they spoke and wrote, and their psychology. It is a well-known fact that, for users, clicking the ‘Erase’ button for their post doesn’t erase it but instead makes it invisible to ordinary people (surface of the web) except these companies and keeps on the deep web. Thus the companies are gaining immense power, up to a point where they know your personal information. Soon, these companies may have more ability to select future politicians behind closed doors, using force threats for their benefit. I suggest investigating and relating this to historical dynamics where similar things happened when the Dutch East India Company and British East India Company gained immense power.

In some cases, they had more power than some individual countries centuries ago. Imagine Apple, Google, and SpaceX doing the same in the future. In the movie ‘Fight Club’, there’s a famous quote “When deep space exploration ramps up, it’ll be the corporations that name everything, the IBM Stellar Sphere, the Microsoft Galaxy, Planet Starbucks.” https://www.youtube.com/watch?v=Va2K__8rV3o. Unfortunately, although time passes fast, human psychology doesn’t evolve that rapidly. So humans tend to make the same mistakes, and history repeats itself from time to time. 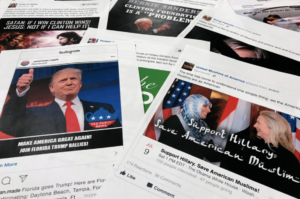 Difficulty in getting correct information on the internet is a problem. See the troll armies on the internet that get paid by governments and spread disinformation to change the course of the situation for politics. It reminds me of the media/information wars between Hitler and USA in WWII. This instance highlights that citizens’ education levels are highly related to which politician has power in this misinformation crowd. Hooliganism and bigotry tend to overtake logical reasons for uneducated people, thrust by additional forces like unrealistic religious hopes, desires for revenge, etc. See why Socrates doesn’t like Democracy: https://www.youtube.com/watch?v=fLJBzhcSWTk.

Currently, mass migrations are happening in the world due to instability caused by rapidly changing world dynamics, which will shake the foundations of the states and may turn the future into a very different course. For example, in Turkey, millions of refugees from Syria, Iraq, Afghanistan, Pakistan, and more are coming daily. Or last year, I was watching the news where thousands of Central Americans were marching to the USA border. At the same time, many educated Turkish people are migrating to western countries to escape the oppressive governance. Another example is happening in Ukraine now due to war reasons. As a result, a mixture of this physical population exchange would probably alter political opinions in the future, including the percentage of politicians in a country from different cultures. We can examine past migration and its effects. Like Migrations to Rome or Troy, the Dorian invasion, and Anatolia’s migration history. Or smaller scale migrations like Europe’s call for workers due to being left without human resources after WW2, where Turkish countrymen answered that call and migrated to Europe.

Perhaps we should ask other questions to answer the question of the influence of technology on politics, like where is the current technology evolving? What are upcoming ‘Transformational’ technologies concerning the worldwide political scene? Here’re are a few technologies that come to my mind initially: 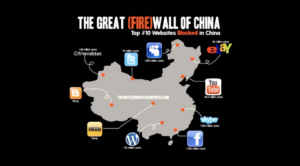 How do you think digitisation and the inclusion of virtual spaces in the political domain can impact citizens and their lifestyles?

Follow Hybrid Democracy at Digital Society School on Twitter for more expert blogs and insights on emerging trends. Find more blogs from experts, researchers and students
who shared their opinions on changing aspects of Democracy due to digital transformations here.