Social media have completely disrupted the way humans organize themselves. After all, whatever we do for work, play, education or entertainment, we do it online today. And most of us have our own personal Facebook accounts nowadays. Social media platforms such as Facebook and Twitter give citizens the freedom to spontaneously self-organize, not only by providing them with an accessible platform but also by allowing citizens to coordinate far beyond the reach of any one organization. We can better understand this phenomenon by looking at its historical context: A couple of generations ago, it was still tough to communicate with someone who lived across town – let alone across the seas. So how did average citizens respond?

We are starting the second part of our blog series with the Participatory-Representative Hybridisation in Hybrid Democracy Hexagon and how digital transformation influences the democratic behaviour of people on this spectrum today and in the future.

Our author not only discusses the history of the shifting nature of Democracy on this spectrum but also proposes suggestions to tackle challenges to Representative Democracy in his blog entry.

The rise of Platform Democracy and its challenge to Representative Democracy

Recently worldwide representative democracies have been disrupted by indignant masses that organize themselves on- and offline with the help of social media platforms. Examples include Black Lives Matter, the Yellow Vests and the Corona protests, to name just a few. 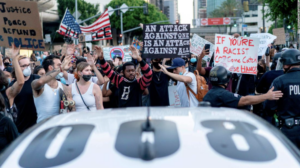 According to the Center for Strategic & International Studies, a prestigious American think tank, we live in ‘The age of mass protests’.[2] These protests are historically unprecedented in frequency, scope and size.

Sometimes indignant masses even turn into angry mobs, like the mob that stormed the Capitol in 2021. Therefore, we can no longer avoid one of the most critical questions of our time: Is there still a future for representative democracy?

The rise of Platform Democracy

During the period of parliamentary democracy –from 1848 – 1880 – the political debate took mainly place within the parliament itself, and members of the parliament could represent the masses’ anger. British parliamentary act that expanded the electorate that transferred voting privileges from the small rural boroughs controlled by the nobility to the heavily populated but underrepresented industrial towns. Source : The Great Reform Act

In the period of party democracy – from 1880 to 1968 – the political debate and the representation of angry masses were expanding towards political parties. This period also includes the rise of political mass parties that organized themselves along ideological lines, like liberal, social or Christian parties and more extreme ideologies like Nazism, fascism or communism.

And during the period of public or audience democracy – from 1968 to the beginning of the 21st century – the political debate and representation of angry masses were expanding towards (public) media outlets. This period also includes the rise of mass movements that tried to change public opinion, like the civil rights movement. 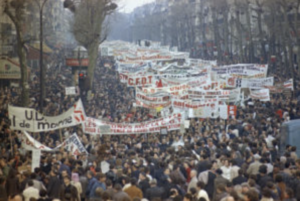 A returning fear in the history of representative democracy was the fear that indignant masses would derail into mad mobs, undermining the ideal of a democracy in which citizens collectively deliberate and reflect on political issues.

But is this still the case? Or are contemporary masses forming a new and different challenge for representative democracies?

In line with Manin’s tripartite, we could call contemporary representative democracies ‘platform democracies’: democracies where the political debate is expanding toward social media platforms. These platforms make it easier and cheaper for discontented masses to organize and represent themselves without a formal organization.[5]

The challenge for Representative Democracy

Because indignant masses on social media platforms can organize themselves bottom-up around single issues in a more ad hoc, spontaneous and fleeting way, these masses also become more unpredictable for rulers, uncontrollable or even dangerous. As demonstrated by the angry mob storming the Capitol.

Several academics have compared this kind of activism with ‘peat fires’, because the discontent of these masses slumbers, smoulders and sneaks invisible under the ground until it suddenly flares up.[6] Citizens appear to be ‘offline’, but in reality, they ‘stand back and stand by’, and they literally and figuratively come ‘online’ to resist political outcomes they don’t like.

For representative democracies, these peat fires are a big challenge because they don’t fit into the existing political decision-making structures. So with whom should political rulers negotiate? And how should they weigh the arguments of different sides of the political debate? 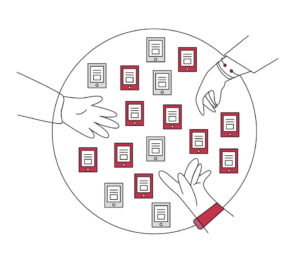 Would it be realistic to expect representative democracies to develop into more responsive and robust democracies? Responsive so that popular views will translate into public policy. And robust so that liberal institutions will be respected and protected.

Yes, I believe representative democracies can evolve into ‘antifragile’ democracies, a term first used by Nassim Taleb.[7] Besides being responsive or robust Antifragile democracies, benefit from democratic disruption. They improve by it.

To do that, their leaders might adhere to Machiavelli’s theory, which argues that the conflict between the elites and the masses in Rome did not weaken but, on the contrary, strengthened the Republic.

Therefore, the challenge for representative democracies would be not blindly succumbing to mass anger or suppressing it but transforming it. But how?

I propose that representative democracies reinvent themselves and experiment with more participatory democratic decision-making procedures and combinations of these procedures that channel and transform mass indignation. 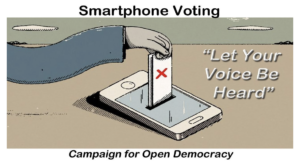 Design thinking could be of great value when searching for the ideal combination of democratic decision-making procedures because it helps in designing new prototypes of these procedures, testing them in experiments and implementing them in practice.

If representative democracies are willing to adapt to changing circumstances, are not afraid to experiment, make mistakes and learn from them, and keep anticipating the return of angry masses and mobs, I think they do have a future, a very bright future indeed.

Which technology do you think can support online Citizens Initiatives and citizen Assemblies in reinventing Representative Democracy?

Find more blogs from experts, researchers and students who shared their opinions on changing aspects of Democracy due to digital transformations here.