Humans have always been on a journey of technological adaptation. First, we started to develop devices and technologies to solve our problems and make life easier. However, it began from only improving personal relationships until it became necessary to contribute to various levels of society. As a result, many machines are developed and perfected daily worldwide and used in most fields of life. One example of this is the development of online spaces. Although our online presence has been there for many years already, its importance is slowly observed due to the positive impacts it could have in everyday life.

Introducing our final theme of this series, the third mode of Hybridisation in the Hybrid Democracy hexagon, Physical- Virtual Hybridisation, and how digital transformation influences the democratic behaviour of people on this spectrum today and in the future. It’s a  phenomenon that combines the physical with the virtual and our author discusses now that the real world and digital world collided spectacularly, but what have these two worlds collided to create?

I was introduced to the term “democracy” aka Lokshahi (in the Marathi language) when I was 10. They told us Democracy is a rule of the people, for the people and by the people. And, I voted for the first time in secondary school elections! I come from India, which is the largest Democracy in the world. I have seen many polls and careful curation of all the electoral processes, which lack user-centricity. The essential aspect of any democracy is the “voice” of the citizens. People participate in electing representatives, who are assumed to be the mediums of the voices of individuals.

I am interested in the voice of the citizens, employees and individuals in politics, the organization and personal relationships. Prof. Albert Hirschman published his seminal work Exit, Voice & Loyalty in the 1970s. His experiences inspired his work as an immigrant during the second world war. He essentially argues about the importance of voice in socio-political settings and its effect on the satisfaction level of the people. The figure illustrates how citizens behave in a socio-political environment. 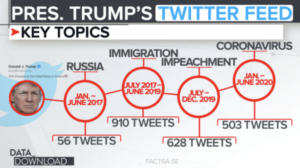 Profit-driven companies must collect, store, process, and disseminate data of and related to citizens to keep their strategy to maximize user experience and compete with similar companies. This conduct raises scrutiny on Democracy due to the profit motive and power these companies possess from the variety of information they collect about citizens. The emergence of surveillance technologies and the role of economic and state actors in utilizing them brings about a clear power imbalance and threatens society’s freedom to move and interact in safe spaces. If citizens grow more connected and informed, their trust in the companies they rely daily on will also recede. 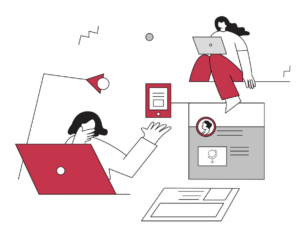 The imbalance and incoherence brought onto society by the emergence of upcoming technologies, and virtual spaces is an issue that needs to be addressed. It could be a massive blow to Democracy if there is no trust for the society in higher, more powerful entities. Empowerment will continue to be a challenge and will test resilience. Self-regulation is not the best idea, and the government will need to interfere in regulating online spaces more empowering. As we collectively start to re-emerge in physical spaces while also utilizing the numerous benefits of virtual spaces, complexity arises, challenging Democracy and its means. It will be a challenge, but adapting to changes quickly and identifying the critical values to evolve as individuals and groups could be vital towards shaping a smooth hybrid democracy for the future.

What do you think are some methods that can bring coherence and build trust between society and technology?

Follow Hybrid Democracy at Digital Society School on Twitter for more expert blogs and insights on emerging trends. Find more blogs from experts, researchers and students
who shared their opinions on changing aspects of Democracy due to digital transformations here.