The idea behind citizen science has always been to create an inclusive community where research information is easily accessible and of benefit to the community. However, there is still no adequate awareness for the public to understand the benefit of citizen science. During our pre-sprint, see project page we did a short survey to find out if the public are aware of the term and concept of citizen science. The results were obvious as majority of the respondents had no idea what it meant as did we when we were first introduce to the concept. 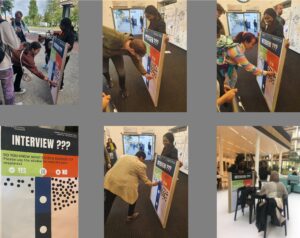 In our first two sprints, we sought to discover through review and desk research, insights of existing research in citizen science. A summary of the insights are as follows;

Why Citizen Science at Libraries?

To encourage librarians to leverage existing CS resources and let their libraries become hubs for CS, in line with global Open Science. 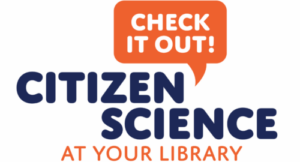 The core feature of citizen science is the engagement of nonscientists(people not professionally trained in disciplines relevant to a specific project ) in doing science.  According to (N.A.S.E.M, 2018),  The eight common characteristics of citizen science projects are :

Field Trips to the CS Hubs 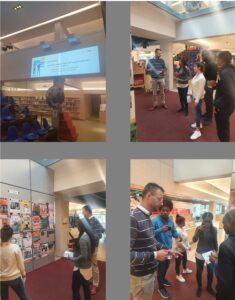 Interview with Project Lead at Stadslab

During our interview at Stadslabs we discussion about, Stadslab as a CS hub, Stadslab approach to CS projects and Challenges experienced by Stadslab. All the information gathered from Stadslab were summarized into a journey map as seen below. 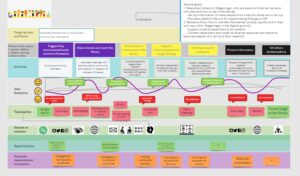 Image: journey map from the perspective of Stadslab participants

Interview with Project Leads at FutureLab and CurioUs

In the following sprint, we visited the two other citizen science hubs in Tilburg and Groningen and had conversations with the respective project leads.

The citizen science project at Tilburg started in 2009 with the aim of making more citizens data literate. This meant citizens try to use data about their city to address some of the SDGs with focus on sustainable cities and climate action. 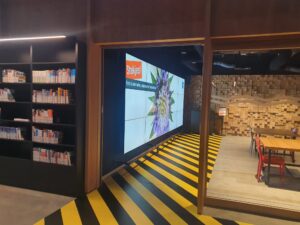 Image: Futurelab – a space in the tilburg library with a big dashboard where activities about the future of the city are organised.

At Tilburg, there has been a couple of projects ;

Major characteristics of the Involved participants in these projects include;

At Groningen,  we had very insightful conversation with the project leader of ‘CurioUs’. CurioUs as the name suggests is a program at the forum, which is aimed at helping curious  people satisfy their curiosity.  They work in partnership with organizations which include the university of Groningen and Olympiacos school for public health . Project CuRious has a dedicated physical space in the forum called Smartlab. 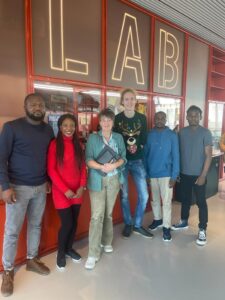 There are two modes of citizen involvement at CurioUs;

As with Stadslab, we developed journey maps for FutureLab and CurioUs as it enabled us understand the differences in experience from the three existing hubs by participants. 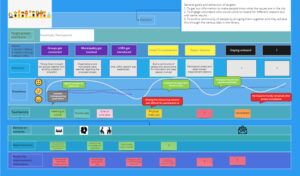 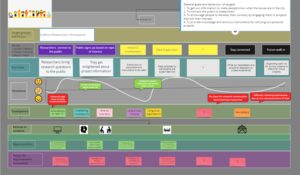 From the field trips, we were able to compare and contrasts the status quo of the three existing hubs. The comparisons are shown in the images below; 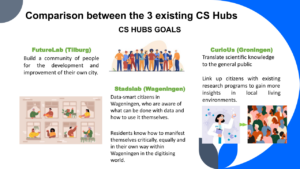 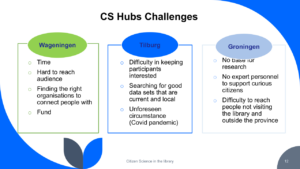 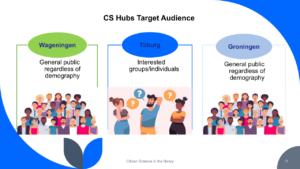 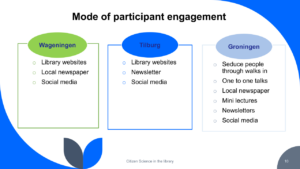 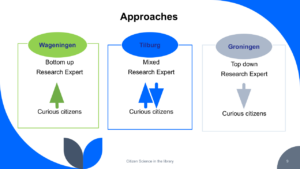 A few insights from desk research and field trips are summarized as shown below; 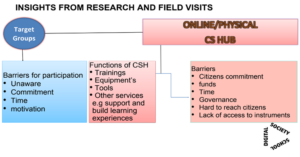 The team also came up with assumptions that are likely to reduce the major barriers to participation. 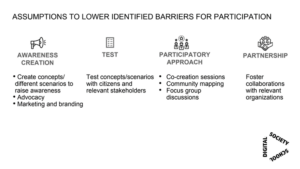 With the insights gathered we were able to identify senior citizens, youths and citizens with low socio economic status as our target audience. For the third sprint we developed need based profiles and scenarios and tested them with the groups for more insights.